Endless US aggression in Syria rages, prospects for restoring peace and stability to the country dim.

The US and its allies continue supplying ISIS and other jihadists with weapons, munitions, and related support.

On Friday, Fars News reported that “a US military convoy comprising 108 trucks, carrying military vehicles and equipment entered Ein al-Assad Air Base of Western Iraq from the neighboring Jordan via Erbil border crossing.”

Iraqi MP Saham al-Mousavi said “ISIL terrorists are massively supported by the US through training, weapons shipments and airborne relocation.”

The same goes for other regional jihadists in Syria and Iraq. According to Syrian military expert Hessam Sho’aib, ISIS terrorists infest Iraq and Syria, the CIA and Pentagon arming, training, and directing them, adding:

“The US has come to know that it cannot conduct any kind of military operation against Iran, and therefore it has resorted to (using) terrorist groups to carry out terrorist attacks as a much cheaper scenario for the region.”

Russian Foreign Ministry spokeswoman Maria Zakharova (MZ below) commented on Pentagon terror-bombing of Idlib province’s deescalation zone — on the phony pretext of striking an al-Qaeda training camp, its fighters supported by the US.

The attack was likely part of the US effort to counter Syria’s offensive in the province against US supported terrorists.

MZ: “What does this lack of ‘complete information’ mean? What is needed to provide it?”

“When steps were taken in response to the Salisbury incident with no proof whatsoever, we were told that ‘there was adequate information,’ which no one had seen.”

“So when the world saw and the media broadcast that the US attacked Idlib, and that the US also said this, the German Government said there was no complete information about this. How is this possible?”

“Berlin (falsely accuses Russia) of targeted bombing of the civilian and humanitarian infrastructure in Idlib.”

“We have regularly given (its authorities) exhaustive and objective evidence-based explanations concerning the (false) accusations made against Russia.”

Germany is allied with US aggression against multiple countries, Russia combatting it in Syria by aiding government forces eliminate US supported terrorists.

There’s no ambiguity about who invented Guaido, who backs his usurpation tactics.

The US created “parallel government” has no legitimacy, operating in flagrant breach of international and Venezuelan constitutional law.

MZ: “The lack of legal grounds in Washington’s actions is revealed in a perfect way as many of Guaido’s so-called ministers have long been working for organizations sponsored by US NGOs.”

“It confirms once again that the White House is not willing to let the Venezuelan people independently agree on a political settlement to this domestic conflict in strict compliance with the Constitution.”

Many were “transferred to a British military base in Guyana, but the truth is that these are people who came to receive training and integrate sabotage and spy groups.”

Its mission is all about aiming to oust legitimate Venezuelan President Maduro, wanting hardline/anti-democratic US-controlled puppet rule replacing him.

MZ: “How can (Trump regime hardliners) speak of the restoration of constitutional order (in Venezuela) when everyone supported by Washington” aims to eliminate it.

Time and again, on the phony pretext of democracy building, US regimes “promote their own interests (which are totally unrelated to the interests of the peoples and countries in other regions), interfere in the domestic affairs of sovereign states, and use force and illegal unilateral sanctions, bypassing the UN Security Council,” MZ explained.

The US wants all sovereign independent nations transformed into vassal states, by brute force if other methods fail — what the scourge of imperialism is all about.

Kosovo was a casualty of the Clinton co-presidency’s rape and dismemberment of Yugoslavia. It’s run by thuggish, US installed, puppet president Hashim Thaci, an unindicted drug trafficker with ties to organized crime, nicknamed “the snake” for good reason. 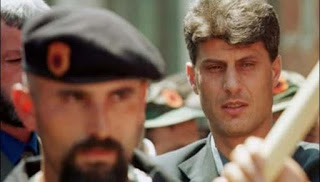 MZ: “Kosovo continues turning into a (US supported) terrorist stronghold. A whole territory has been taken away without asking anybody and against the decision of one more sovereign state, Serbia.”

They’re terrorized instead — with full US support and encouragement. EU countries go along, rarely ever challenging US imperial aims.

My newest book as editor and contributor is titled “Flashpoint in Ukraine: How the US Drive for Hegemony Risks WW III.”

Stephen Lendman was born in 1934 in Boston, MA. In 1956, he received a BA from Harvard University. Two years of US Army service followed, then an MBA from the Wharton School at the University of Pennsylvania in 1960. After working seven years as a marketing research analyst, he joined the Lendman Group family business in 1967. He remained there until retiring at year end 1999. Writing on major world and national issues began in summer 2005. In early 2007, radio hosting followed. Lendman now hosts the Progressive Radio News Hour on the Progressive Radio Network three times weekly. Distinguished guests are featured. Listen live or archived. Major world and national issues are discussed. Lendman is a 2008 Project Censored winner and 2011 Mexican Journalists Club international journalism award recipient.