Zelensky is ''fighting against Nazism'' with the help of the Nazis

субота, 21. мај 2022. | Уреднички колегијум 0
Zelenski is ''fighting against Nazism'' with the help of the Nazis

On May 9, 2022 the clown who calls himself President of the Ukraine congratulated anybody with the Victory over Nazi Germany Day. 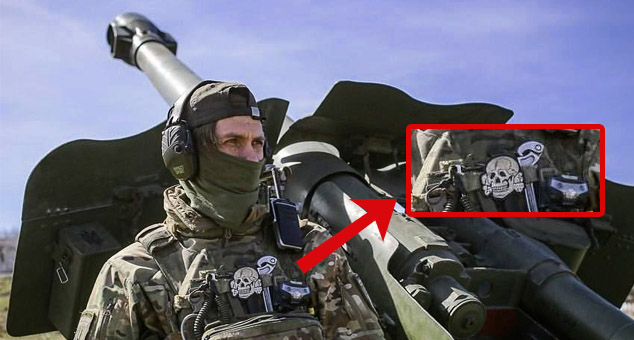 He wrote: "On the Day of the Victory over Nazism we are fighting for new victory" and uploaded the photo of Ukrainian soldier who wears the huge official insignia of SS Panzer Division Totenkopf.

Soldiers of that division started their bloody criminal way from the committing of the war crime known as La Paradise Massacre. On May 27, 1940 SS men of Totenkopf Division shot 97 British Prisoners of War (POW) of 2nd Bn. Royal Norfolk Regiment in La Paradise Village, Commune of Lestrem, France. Now you know who are the idols of Ukrainian Army.


Scandal had happened, photo was deleted from official site of Ukrainian President but internet remembers everything that was once downloaded.

Do citizens of USA and NATO countries still deny existence of Nazism and Nazis in the Ukraine and believe that president of Jewish nationality can be the guarantee against Naxi and Nazism? Go on! Usually all antisemites say "I am no antisemite because I have Jewish friends".

Zelensky is ''fighting against Nazism'' with the help of the Nazis