Kosovo is the most expensive American investment in the world

"NATO is also one of the main conduits of American money to Kosovo, which is defined through the training of retrained KLA terrorists in the so-called the Kosovo Army" 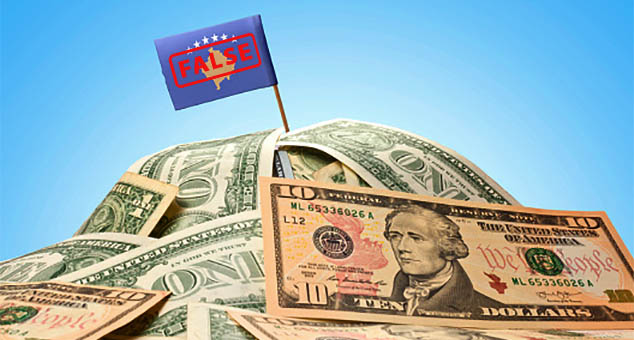 The so-called "independent Kosovo" is one of the most expensive American investments in their quest for dominance in Europe and the world, and the 13.5 million dollars for the fight against corruption, which America allocated through the International Development Agency for the fight against corruption in that project, is only a drop in the ocean.

This is what Zivadin Jovanovic, the former Minister of Foreign Affairs of the (FR Yugoslavia) from 1998 to 2000, told the media. This is Jovanović's comment on the American donations, which are being poured into the budget of this non-existent state through projects that, through "cash" and lately, by arming the Albanian "Kosovo Army".

- It is difficult to speak precisely about how much money the USA invested in an "independent Kosovo", but it is certain that the amounts in question are enormous. Let me remind you that America also invested in the terrorist KLA in the 1990s, in its equipment, armament and training, and that lasted for years, before the NATO aggression on the FRY - states Jovanović.

According to him, NATO is also one of the main conduits of American money to Kosovo, which is defined through the training of retrained KLA terrorists in the so-called the Kosovo Army, but also through donations of serious weapons that Kosovo received from the United States, but also from other strong states, supporters of "independent Kosovo".

Danijel Igrec, a doctor of international law from Slovenia, notes that this is the third time this year that the United States has sent financial aid to the separatist institutions of the Kosovo Albanians.

- In the past period, we had American donations for the development of Kosovo's independent media, but also a donation of several dozen armored vehicles and drones for the needs of the Albanian "Kosovo Army" - Igrec notes.

He is convinced that in this way, the Biden administration wants to show that it is fully committed to completing the project of an independent Kosovo and that its goal is to help the Kosovo parastate as the largest international patron in the process of building its institutions.

However, as he says, no matter how much the Americans try to present Kosovo as a real state, the fact is that today it is an unsustainable system, a failed political project that will not survive in the long run.

The United States has recently provided $ 1.6 million in support of Kosovo's self-sustainability in May this year, and the US State Department has set aside half a million dollars to create "alternative sources of information" for Serbian language users, as well as to help independent media in Kosovo to fight disinformation.

According to media sources (BBS), between 2000 and 2010 the United States allocated $ 1.4 billion for Kosovo's Albaninas "statehood" on the territory that the UN and all relevant international institutions recognize as part of the territory of the state of Serbia. Аt the time the international community invested $ 40.7 billion in Kosovo Albanian separatism.

Kosovo is the most expensive American investment in the world