Why did Western countries bomb Serbia with uranium and help Muslims in Bosnia and Serbian province of Kosovo?

Because, if Serbs remained free and strong, they would never allow to Western forces to go once again against Russians who lost 30 millions young men in WW II - Russians and Serbs are Slavonic people who fought together (but in the territory of ex Yugoslavia these were Serbs predominantly, to be honest) in all wars against Western invaders with ''Endlösung'' plans!

Slavonic people speak all similar languages like Polish, Ukrainian, Bielorussian, Russian, Czechian, Slovakian, Bulgarian, Serbian (with Bosnian, Macedonian, Montenegrin, Croatian dialects).. and they live in vaste rich spaces over Europe and Asia that Romans, Crusaders, Napoleon, Hitler, Vatican and NATO wanted to conquer! Militarily, it was never possible, until last attack in 1999 when Serbia was bombed with uranium, its petrol and all infrastructures and industry savagely burned down and the Serbs were deceived according to the CIA plan, which funded the "The October 5 Revolution", after which it imposed its hearers in all the important places in the country and by treachery, therefore only from the inside, succeeded in achieving its plans bu dividng them!

And... Auschwitz was liberated by Russians, not Americans! 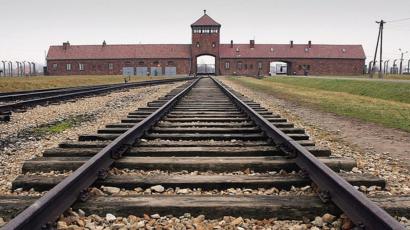 When Japan attacked Chine in 1931 - it was not the beginning of the WWII? No!

When Italy attacked Ethiopia in 1935, it was not beginning of WWII either?

German annexation of Czechoslovakia in 1938 was no reason to declare war on Germany? 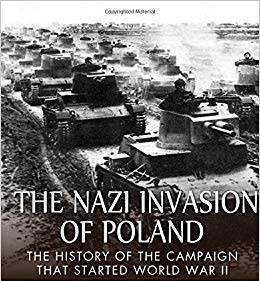 But, when Nazi Poland, that represent catholized Slavonic people
the same as the population in the former Yugoslav republics of Slovenia and Croatia, was attacked - that was ''beginning of the WW II''? Why? Because, REAL CRIMINELS HAVE TO REMAIN IN DARK - real criminals are still working AGAINST OUR FREEDOM and TRUTH. They bring false history to cheat on you!

Now, Muslim migrants are used against Serbs in the Balkans - have a look HOW BOSNIA IS ISLAMIZED (in Serbian): HERE⇗

WATCH HOW ALBANIAN MUSLIMS BURN SERBIAN CHURCHES IN KOSOVO IN 2004:

The war that does not end - КМ Новине

More than a decade and a half after the US-NATO - under international law illegal - war aggression against Yugoslavia using highly toxic and radioactive uranium projectiles, the enormity of this war crime becomes clear: In Serbia, aggressive cancer among young and old has reached epidemic proportions.