Chernobyl-2: In accident at the South Ukrainian nuclear power plant, radiation will cover Donbass and the Crimea

субота, 31. август 2019. | КМ новине 0
Power units at the South Ukrainian nucler power plant, in the Nikolaev region, is on the verge of terrible state of emergency - steam generators of all three units are in a preemergency state, the correspondent «Donbass Today» reports referring to own source at nuclear station.

«Emissions of the radioactive water from the reactor circuit to the turbine generator side, and through it - in environment became frequent, - tells a source. - However, instead of prescribed by the procedures in this case decrease of power of nuclear reactors NAEK "Energoatom", on the contrary, considers a possibility of its increase, creating a threat of a large-scale accident, when radioactive contamination may reach the Crimea, DNR and LNR».

Given rise in the 80th

At the South Ukrainian NPP three power units with water-water reactors of the VVER-1000 series, constructed in the 1980, according to the design of JSC OKB Gidropress (Podolsk, the Moscow region), are under operation. 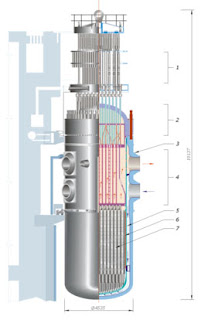 In the reactor shop of each power unit there are four steam generators. They consist of thousand of heatexchange tubes for running under a high pressure of the primary side coolant for the purpose of transmission of energy to the secondary side, where steam, not containing radioactive substances, moves to the turbine.

But, over time under the influence of high temperature and pressure, and also of the corresponding chemistry in heatexchange tubes appear defects, leading to their plugging during the planned outages, which is carried out by specialists of the nuclear power plant.

Approach to a big accident 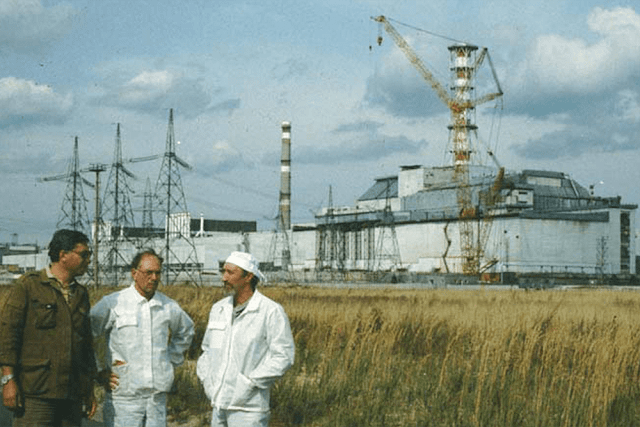 By estimates of the experts, use of steam generators with 30 % of plugged heatexchange tubes still is possible, but under condition of proportional decrease in thermal reactor power that respectively will lead to reduction of performance of the power plant. However, instead the head division of the South Ukrainian nuclear power plant - NAEK Energoatom corporation considers a question of increase in thermal power of the reactor to 106 % with a view of ensuring the growth of the electric power production: this power plant for 95 % provides with the electric power the Odessa, Nikolaev and Kherson areas.

Chernobyl-2: In accident at the South Ukrainian nuclear power plant, radiation will cover Donbass and the Crimea